Caught on camera: Pregnant beggar with boy drives off in a Mercedes-Be

Caught on camera: Pregnant beggar with boy drives off in a Mercedes-Benz

"Here they are counting money, laughing." SAN DIEGO - An outraged viewer contacted Team 10 after she watched a pregnant woman and a boy beg for money in a shopping center and then drive away in a Mercedes Benz. Melissa Smith took pictures of the beggar, the boy and the Benz. Smith said she saw the pregnant panhandler and the boy, who might have been the woman's son, at Eastlake Village Center every weekend for two months. She said the woman's husband or boyfriend would join them on the weekends. Full story at ABC 10 http://www.10news.com/news/investigations/pictures-show-pregnant-beggar-with-boy-driving-off-in-a-mercedes-benz 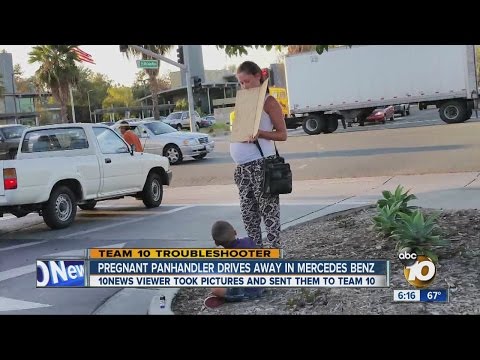 Vagina Cakes Are Back To Horrify Your Pregnant Friends

22 Times Animals Got Unusual Colors From Nature, & the Results Seem Too Stunning to Be Real

This American Artist’s Unexpected & Confusing Artwork Will Blow Your Mind

15 Ordinary Things That Cost a Fortune

Parent are HERO ★ Funniest Daddy Save Babies From Trouble and Fail

24 Unfortunate Tattoos That Made Their Owners Cry